You cannot see this page without javascript.

A city of higher education in America? 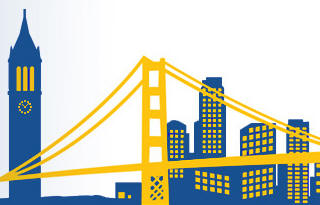 Where is the appropriate educational environment for our children?
San Francisco and San Jose each ranked second and third in higher education cities in the United States.
According to data cited by CNN Money and other census data, 43.5% of San Francisco residents and 43.2% in San Jose, the center of Silicon Valley.
The city of San Jose attracted attention because of the overwhelming proportion of computer science and information technology majors.
The most educated city in the nation is Washington, DC.
Bachelor's and Master's, Specialized Postgraduate and Doctoral Degrees among 25 year olds and older residing in Washington DC and the surrounding suburbs and 47.3% of the total.
In contrast, the national average is 25%.
John Schmidt, a senior economist at the Center for Economic Policy Research in Washington (CEPR) "This is due to the high percentage of people who work with the federal government, including federal government officials, defense industry officials, lobbyists and lawyers."
In these cities, residents' income is also much higher than the national average.
North Carolina's Raleigh and Boston ranked fourth and fifth with 42.2 percent, respectively, New York recorded 35.6 percent, while Los Angeles and San Diego were 30.2 percent and 30.6 percent, respectively.
In comparison, Las Vegas was only 21.5% of college graduates.
------------------------------------------
Quality of life for children and adolescents Bay Area 'Excellent'
It has been found that the 'quality of life' of children and adolescents in the Bay area is superior to other parts of the province.
Children Now, a nonprofit research organization based in Oakland and the California Child Welfare Scorecard.
This report includes county-specific indicators and ranks for 26 items for health, education, and security for children and young people under 18 years of age.
The survey used data from the Commonwealth Census Bureau and California's Child and Youth Health Statistics.
The main items are as follows. ▷ health insurance participation rate ▷ health weight ratio ▷ child abuse crime rate ▷ Korean high school and pass rate examination.
In particular, the 58 counties in each state are ranked in order of excellence (1 to 19), average (20 to 39) and insufficient (40 to 58).
In the Bay area, the best items in nine counties were ranked 20 out of 26 in Marin County, San Mateo (19) and Santa Clara counting 17 .
Marin County had excellent results across the state.
On the other hand, Solano County was the lowest in nine categories, followed by Conkra Costa, Alameda and San Francisco County (6).
'Children' s Nau 'says that the quality of life for children and adolescents varies with the county' s population income and population density.
The county with the highest income earned an average of 14 items and the lowest income earned the highest rating.
Even if residents have similar incomes, low-density counties tend to record good grades.

« Prev How much do you really know about SAT?

Designed by sketchbooks.co.kr / sketchbook5 board skin